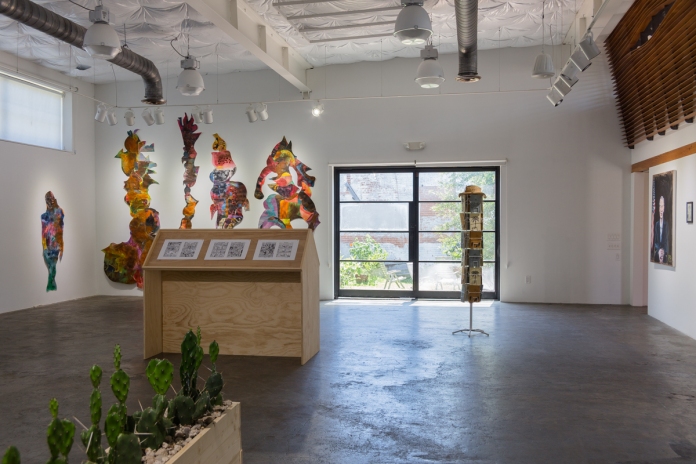 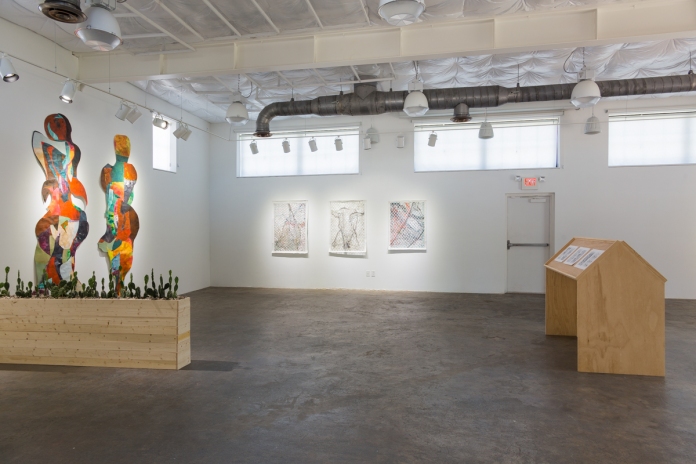 Come by and see the 2016-2017 Artists in Residence show featuring work by Leonardo Benzant, Fidencio Fifield-Perez, and Pat Palermo. It’s full of mysteries! 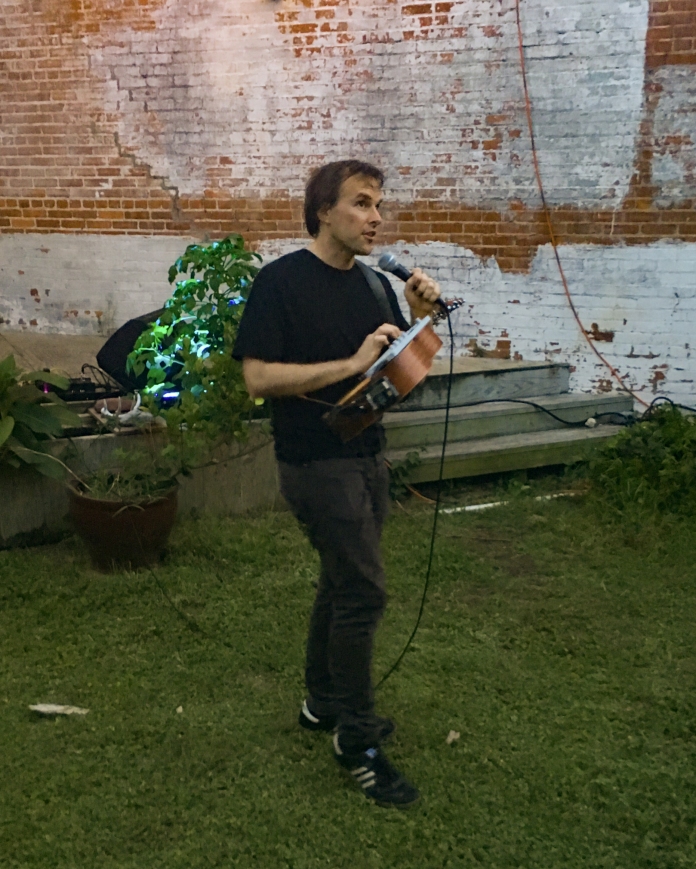 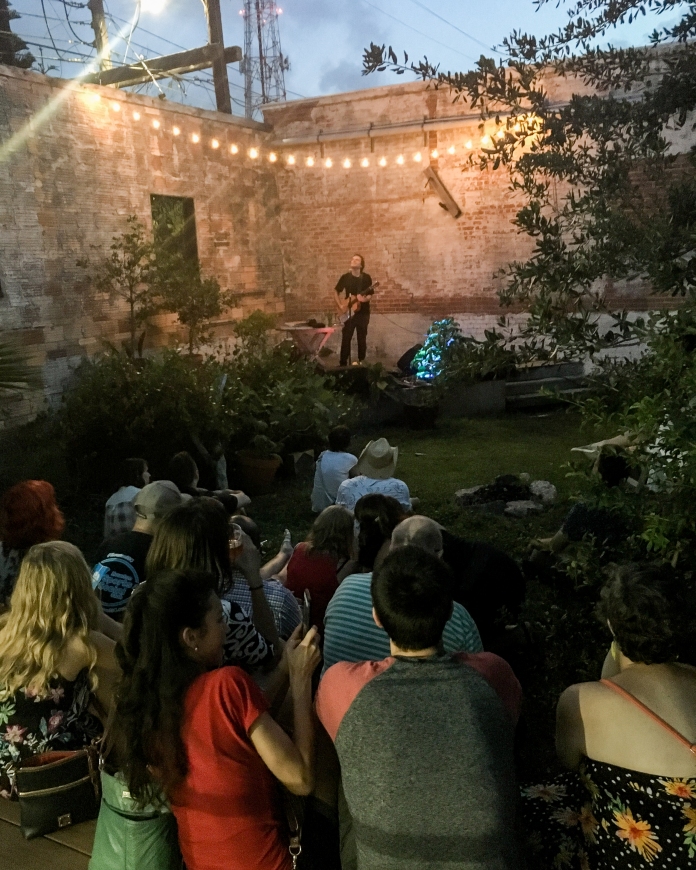 A big thank you to Emperor X for coming to Galveston and playing an amazing show for our opening. 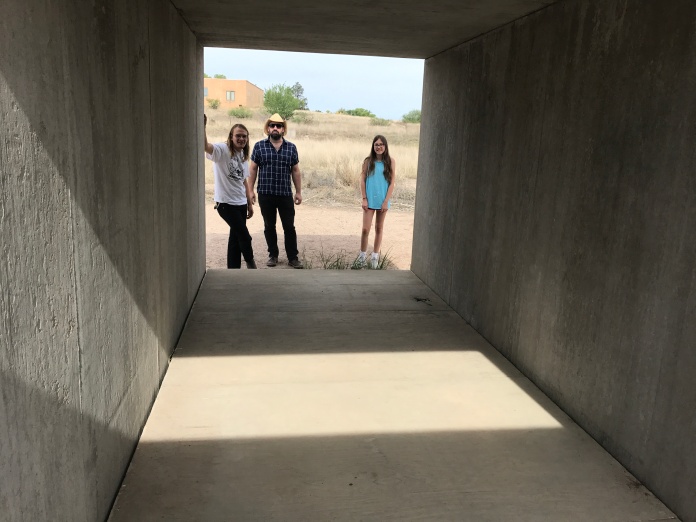 We headed West with the residents for our annual after-show road trip. Here are Pat, Dan and Lucy in a Judd concrete box. 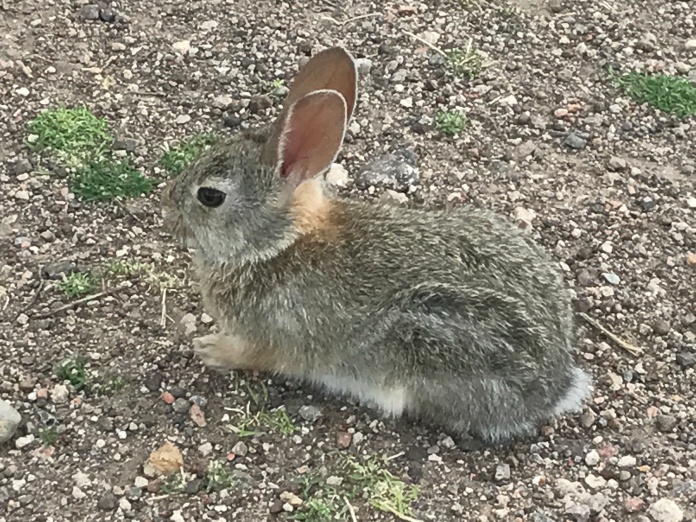 The Judd’s were infested with adorable baby bunny rabbits. Donald would have loved it.

The whole gang on a morning hike in the Davis Mountains. 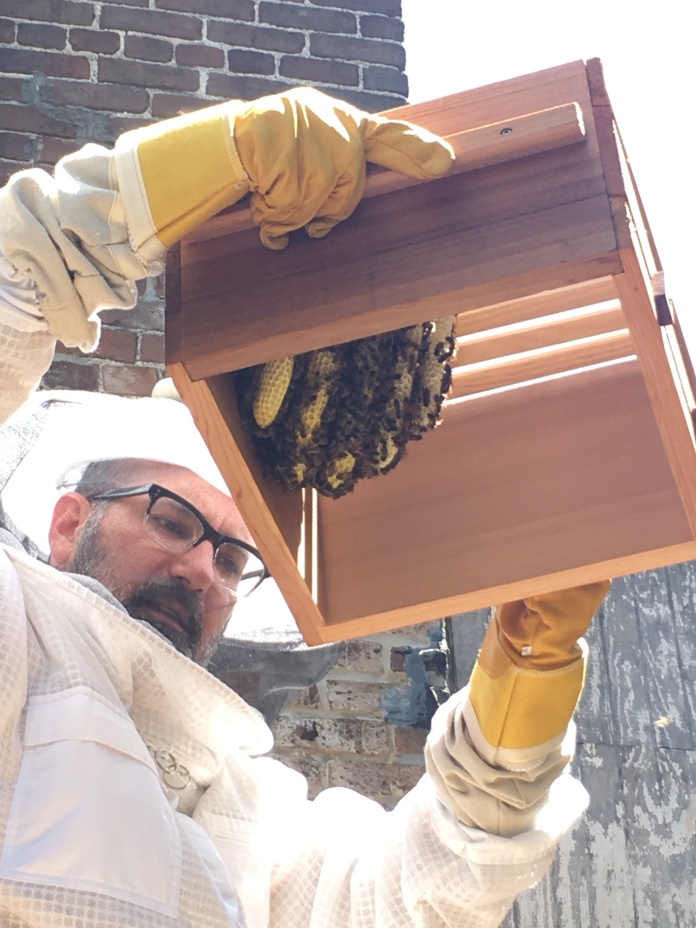 A quick bee update: This photo is from several weeks ago now, but our bees have settled in and are busy building comb, hatching brood, gathering pollen, and building up their honey stores. 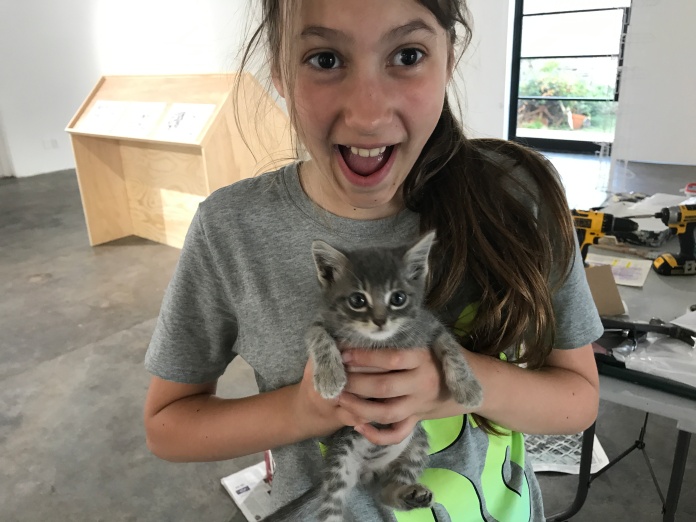 And introducing the newest, unexpected member of the GARgang: Pumaman! (Pronounced Puma Man). Named in honor of GAR cofounder, Bert Geary, and his dedicated work with the mountain lions of West Texas. 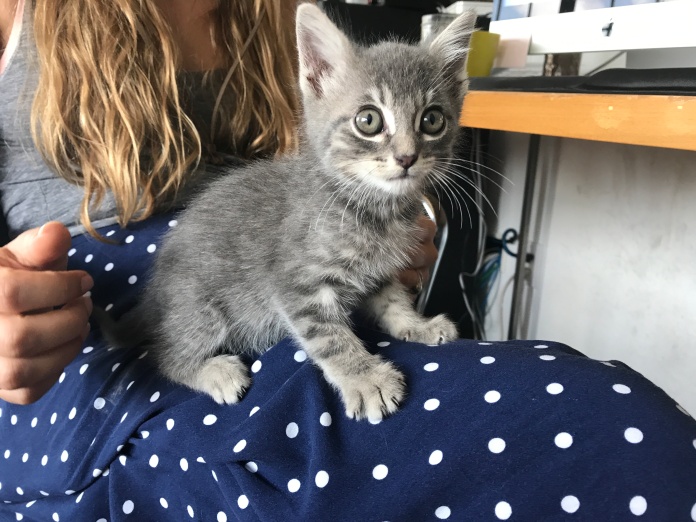 We had been hearing the sound of a kitty in distress but couldn’t find the source for a few days. Finally we located this little one hiding in the engine of a resident’s car. 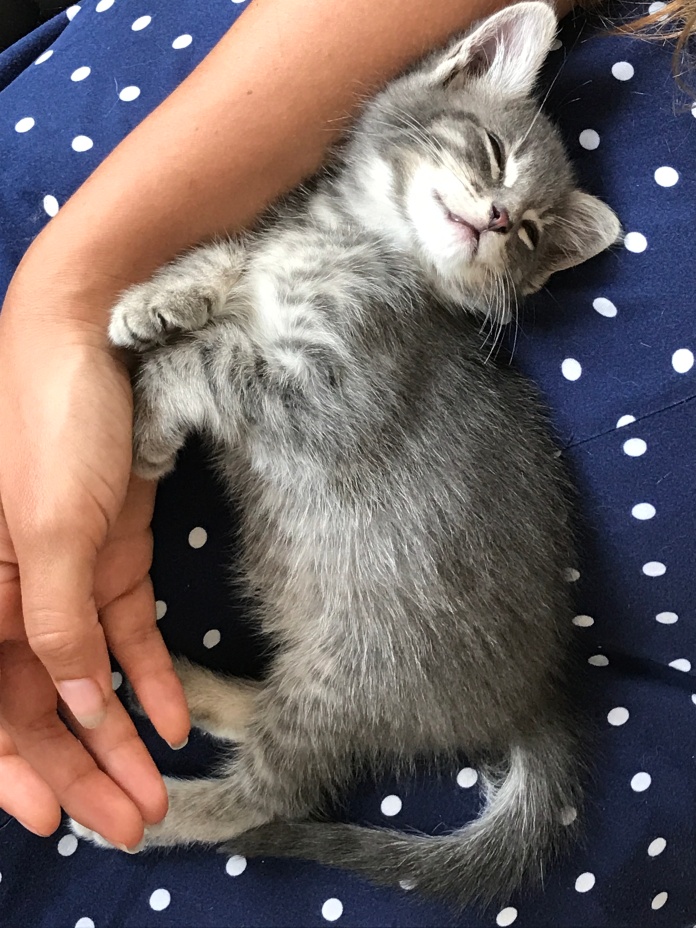 We put out food and water for him, but he wouldn’t come out.  Finally we ended up spraying water into the hood of the car, and he came running out! 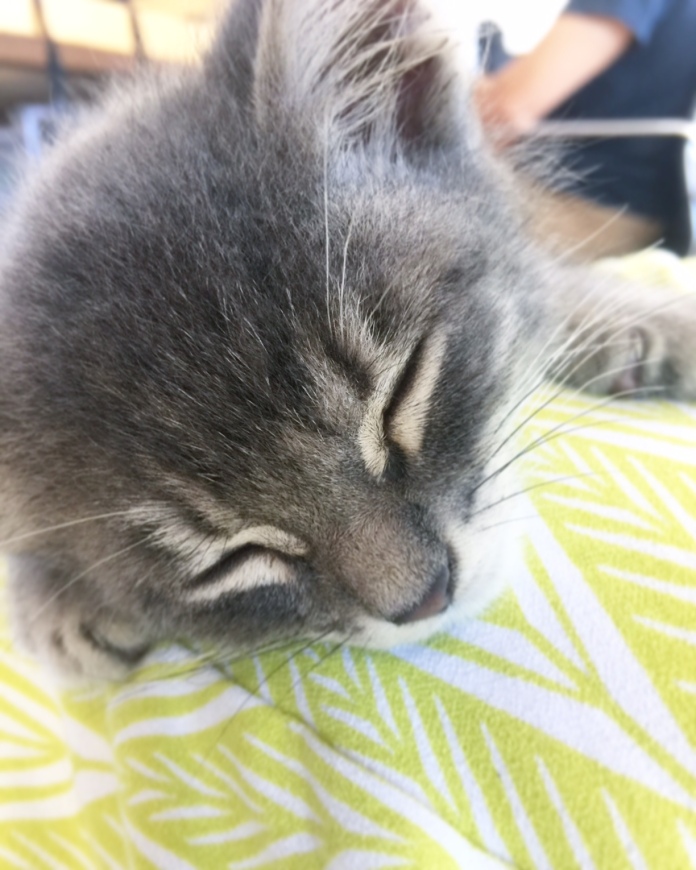 He was exhausted from lack of food and water, in the heat of the Galveston summer. 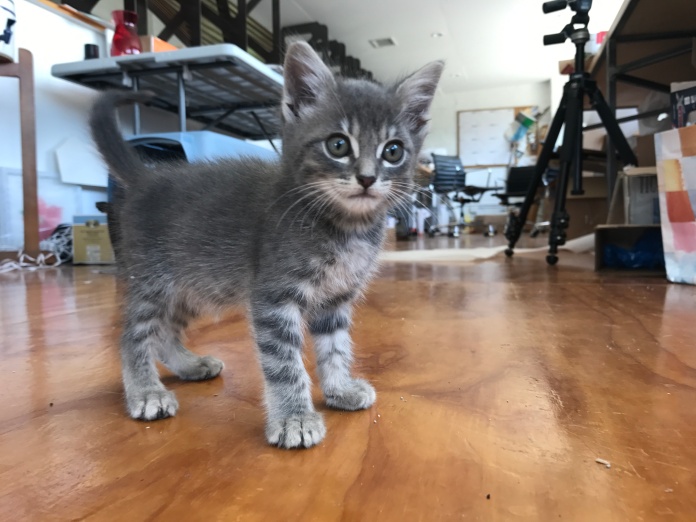 But after a few days of rest, and regular nourishment he was up and about, finding and causing all sorts of mischief! 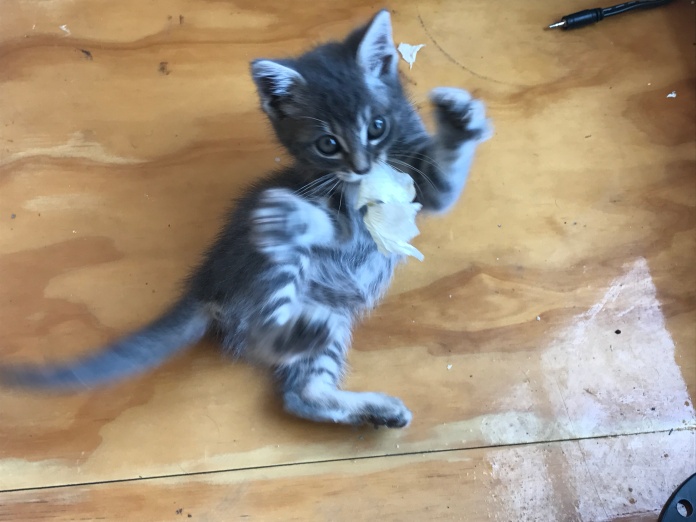 Now he’s a friendly and playful little guy, attacking everything that moves, then crashing hard for a nap on a lap. We haven’t introduced him to The Ghost and The Darkness yet, but I’m sure he’ll be a welcome addition to the GARdians!